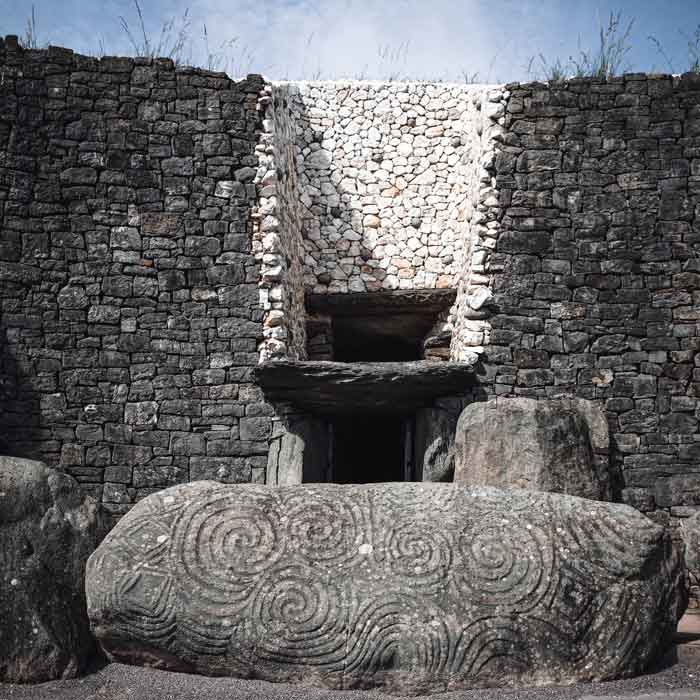 We are quickly approaching the Winter Solstice in the northern hemisphere, which is the shortest day and longest night of the year. In Irish, the winter solstice is called ‘Grianstad an Gheimhridh’. The word ‘Grianstad’ means ‘the sun stop’, as the sun appears to stop in the sky on solstice, after which the days will start to become longer.

This festival is first and foremost a celebration of the sun’s rebirth.

To really understand the significance of this celestial event to our ancient ancestors, we have to imagine what life was like thousands of years ago before modern technology and artificial lighting. During the long nights of deepest winter, the hearth fire was the only source of light. The return of the sun meant that new life (and food) was coming.

Notably, this rebirth of the sun later became associated with the birth of Christ, the Son of God in the Christian tradition. This is no coincidence, and like many of the Christian holidays, they align with the older pagan festivals.

In my own experience of celebrating the Winter Solstice, this festival isn’t just a celebration of the light returning, but also the nourishment that comes from darkness.

The darkest time of the year calls us into a period of rest and rejuvenation, and the solstice is a time of stillness and solace. The sun stop in the sky is a time for us to pause, reflect, and simply be. 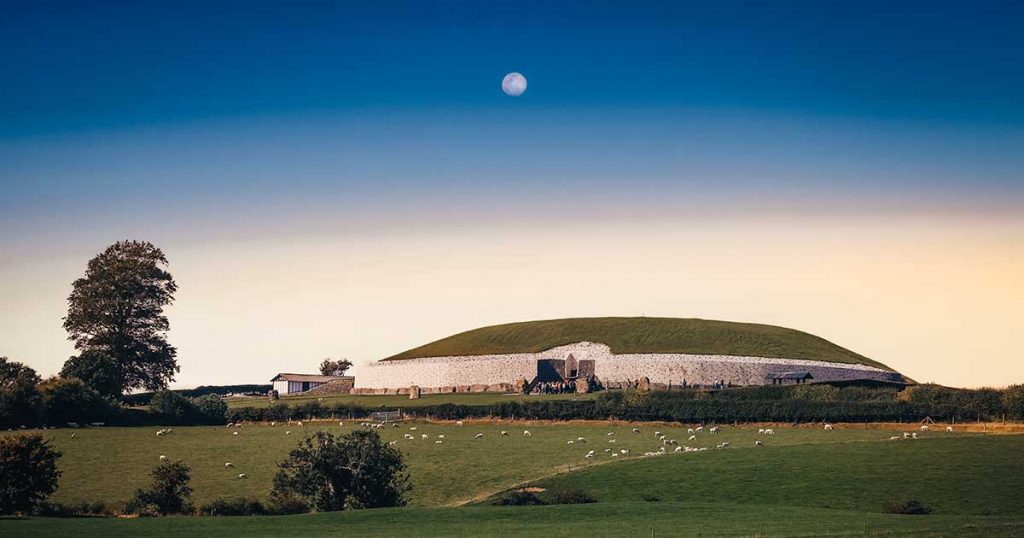 In Ireland, the sacred site of Sí an Bhrú (Newgrange), is famously known for its alignment with the sunrise on Winter Solstice.

This ancient burial mound is estimated to be 5,200 years old, which makes it older than the pyramids of Giza.

Newgrange is part of the Brú na Bóinne complex, which means ‘Palace of the Boyne’, referring to the Boyne river which flows nearby. This is one of Ireland’s primary rivers, and is associated with goddess Bóinn (also known as Boann or Boand) who also has strong mythical connections to Newgrange and Winter Solstice.

I’ll be sharing Bóinn’s story at my upcoming Winter Solstice Ceremony on December 21st (happening in my membership community, The Roundhouse).

The passage tomb is womb-like in its structure, as you can see below: 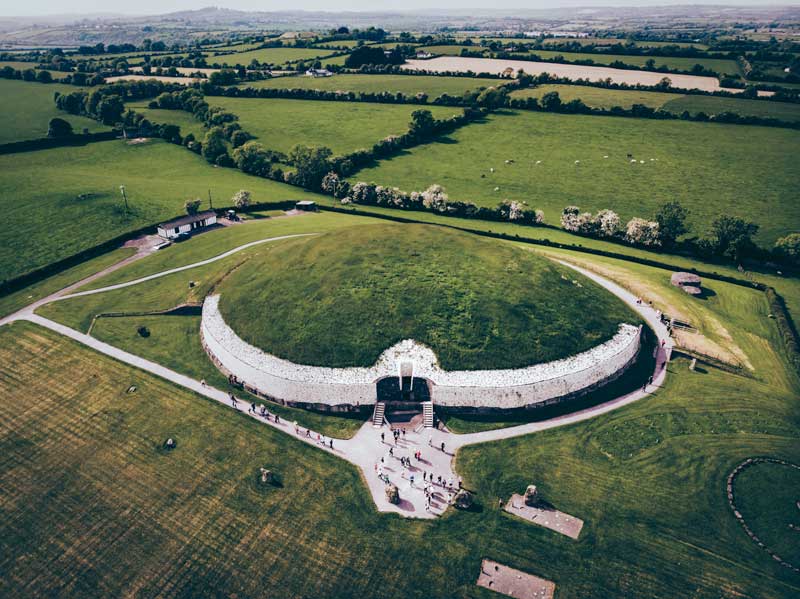 For a period of time over Winter Solstice (reaching a pinnacle at Solstice) the light of the sun shines through the roof box above the entrance and illuminates the inner chambers of the passage tomb.

Here are a few ways that we might interpret the symbolic meaning of this alignment:

Importantly, Newgrange was not just a burial mound to the Neolithic people who built this monument, but also an astrological observatory.

In the book  “Island of the Setting Sun: In Search of Ireland’s Ancient Astronomers”, Anthony Murphy and Richard Moore talk about different astronomical alignments at Newgrange other than the famous sun-alignment at Winter Solstice.

These lesser-known alignments include the metonic cycle of the moon, the 8-year cycle of Venus, and the rising place of Sirius during the time of the Neolithic.

Like the Winter Solstice, these alignments are centered around one particular feature of the mound called the roof box: 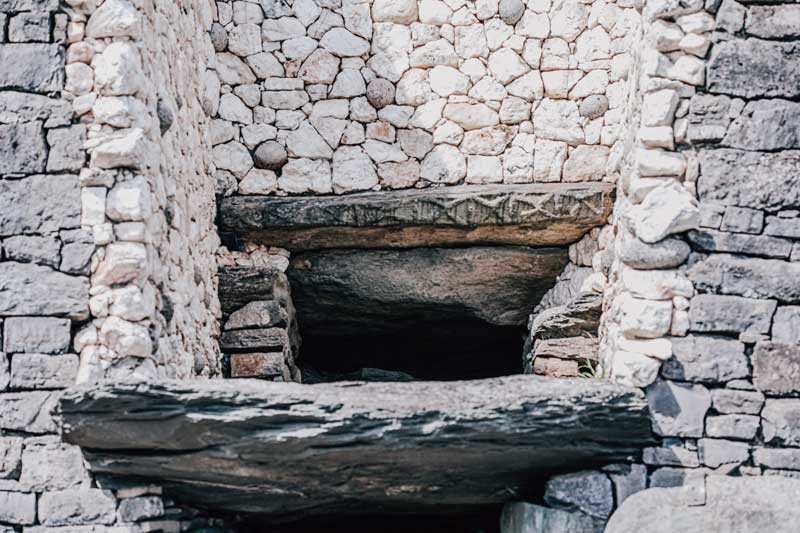 It has even been theorized that the eight X marks you can see above the roof box may represent Venus’s 8 year cycle.

There is so much more to share about this incredible Neolithic monument. Astronomy, archeology, and mythology provide us with a window into the past, and it’s fascinating to speculate how our ancient ancestors might have used Sí an Bhrú in a ceremonial way, and the beliefs they might have held about the Winter Solstice.

On December 21st in my membership community, The Roundhouse, I’m hosting a Winter Solstice Ceremony and you’re invited!

In this ceremony, you will:
☀️ Learn more about the archeology and astronomy of Sí an Bhrú (Newgrange)
☀️ Connect with the ancient story of Bóinn and the Dagda—a myth which takes place at Newgrange on Winter Solstice
☀️ Go on a guided journey into the burial mound for an initiatory experience of inner transformation and rebirth. 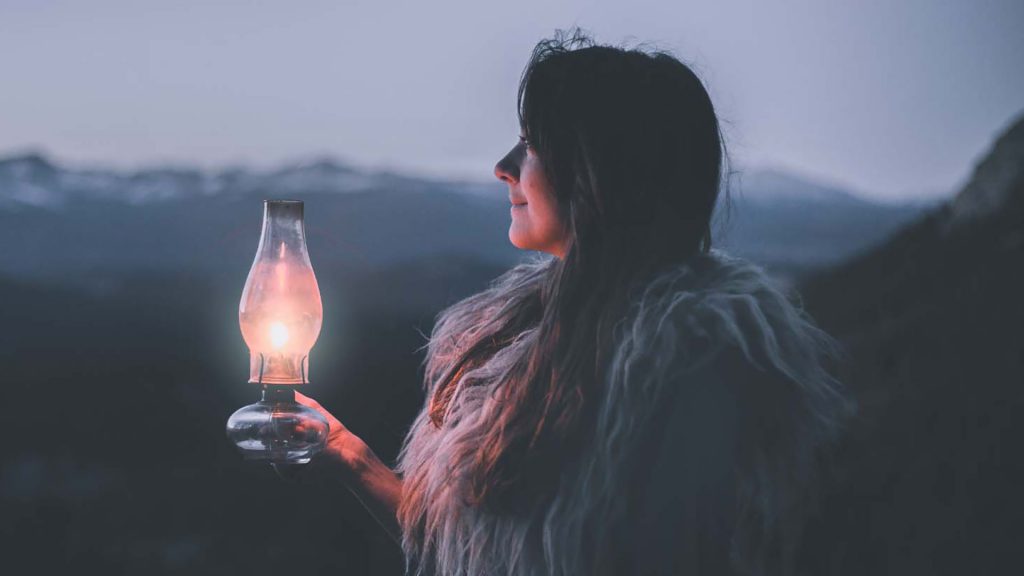 To join me for this ceremonial experience, be sure to step into The Roundhouse by Wednesday, December 21st at 11am Pacific, 2pm Eastern, 7pm Ireland & the UK (when the ceremony will take place).

If you can’t attend the ceremony live, a recording will be posted afterward along with a PDF handout.

The Roundhouse membership community will journey into nature based feminine wisdom from the Irish traditions to remember your innate feminine magic. You can join at any time and cancel at any time—in other words, there’s no minimum length of stay, and if you just want to join us for the Winter Solstice ceremony, you are most welcome.

Have a question about The Roundhouse or the Winter Solstice Ceremony? Please feel free to reach out or leave a comment below.

However you decide to celebrate the Winter Solstice this year, may you feel the blessings of rejuvenation and rest, stillness and solace. 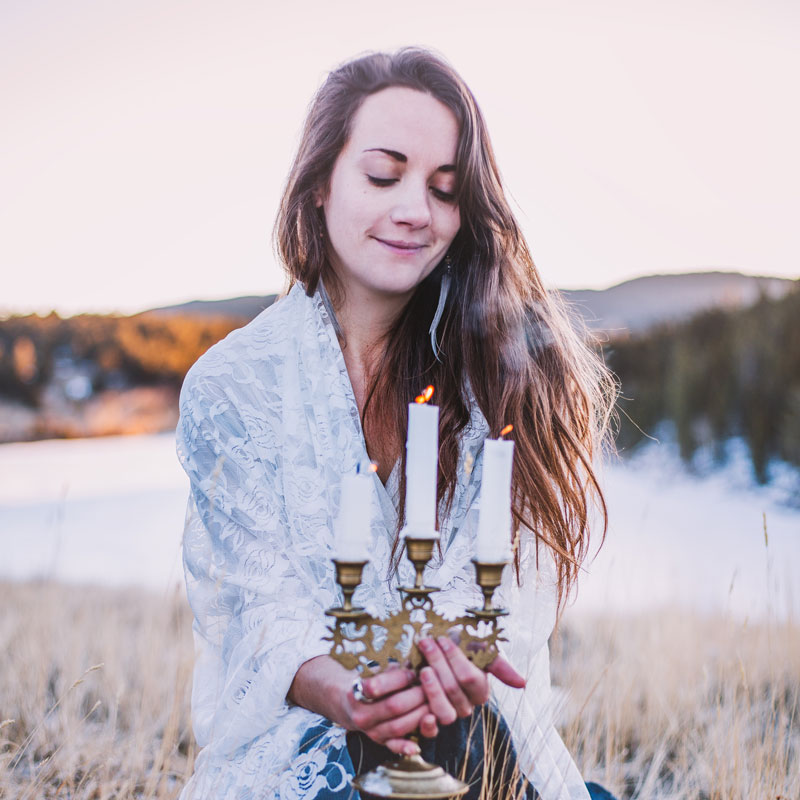 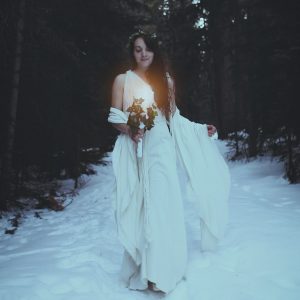 Flame Keeping as A Revival of Feminine Values

As we approach Imbolg and Brigid’s sacred festival, I’m reflecting on what it means to tend Brigid’s eternal flame as a spiritual practice, and reviving feminine values in our lives as modern women. 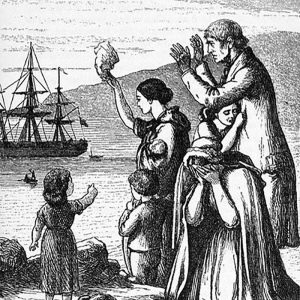 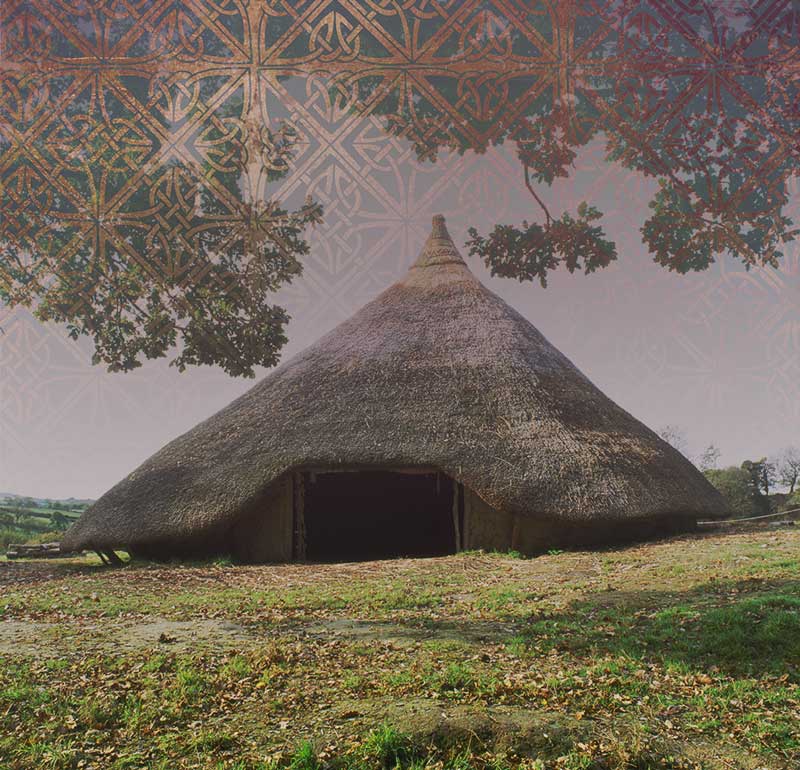